At work I was just sent this article, along with a note from one of our biologists that we are seeing similar great numbers in the Schuylkill fish ladder this year. Just thought I'd pass along some positive news:

You guys, I went crazy and got a sustain. Been very satisfied- unlike most tackle I started catching fish on this sucker right away and haven't stopped. Landed a few stripers at the dam and the loads of largemouth paired with the new St. Croix Tidemaster, including my biggest topwater bass in years, maybe ever. And last week I caught a new personal best grass carp- 51 lbs with it paired to my new 11' cortland noodle... on 6 lb test!  It's been an awesome summer and I'm very satisfied with the new rods and reel. 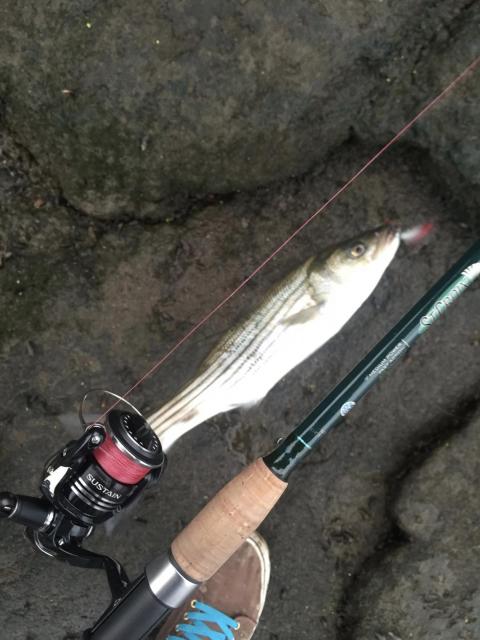 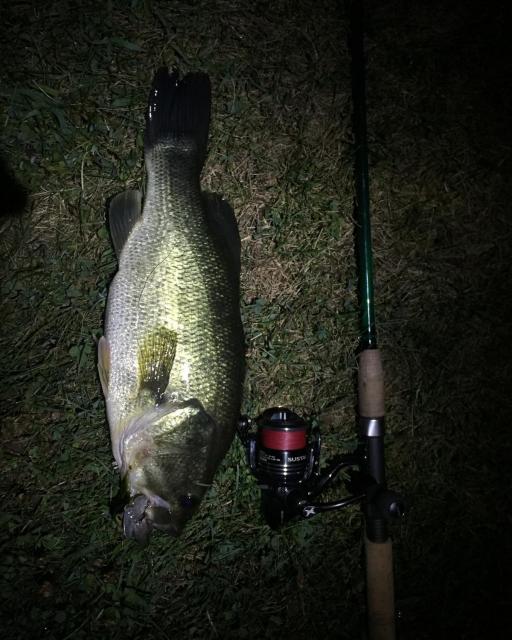 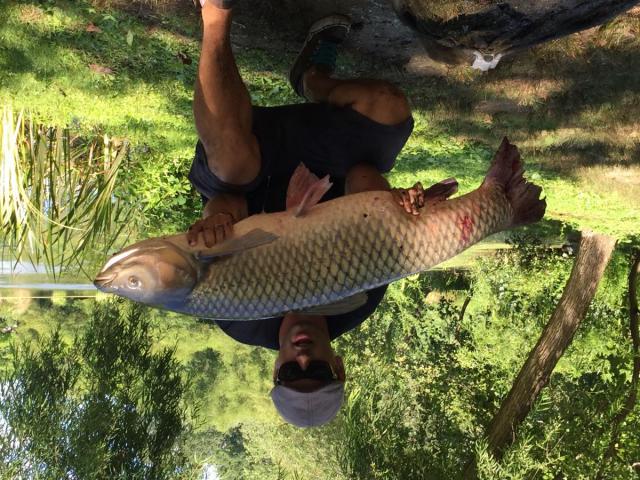 Daiwa,shimano,and penn are all easy to find parts for, or get serviced if something goes wrong. Icast is this weekend and all the new stuff will be coming out, so you might be able to get some good deals on older models in a few weeks.

That's good thinking! I went to Icast once, it was a very silly experience.

As some of you probably know, I work for Philadelphia Water doing graphic design. I'm very lucky to have a job that combines many things I care about and like to consider myself good at. You have probably seen the "Yo Fish" stormdrain marker before; used to indicate to citizens that stormdrains lead to the natural waterways we get our drinking water from- sometimes via treatment plant, but often directly. The original "Yo Fish" came out around 1993.

I've been hoping to make better use of these markers as a public information piece for some time, since they get a lot of face time around the city. For one, there's not a clear reason why the PWD phone number is on there. And while I like cartoons, I feel like the fish comes off a little to silly in context of drinking water and estuary pollution. After some discussion and support from my coworkers, I got the go-ahead to make a new series based on the 7 actual streams/rivers/watersheds within the city. Each has a unique identity with it's own color and a representative species. 5 of the 7 are complete and just went to print, so you can expect to start seeing them as soon as this Fall. I'm pretty stoked about them

The last two will be a Sturgeon and a Bog Turtle. Those should be done in a few months, after I get some other projects out of the way and find time to illustrate them! 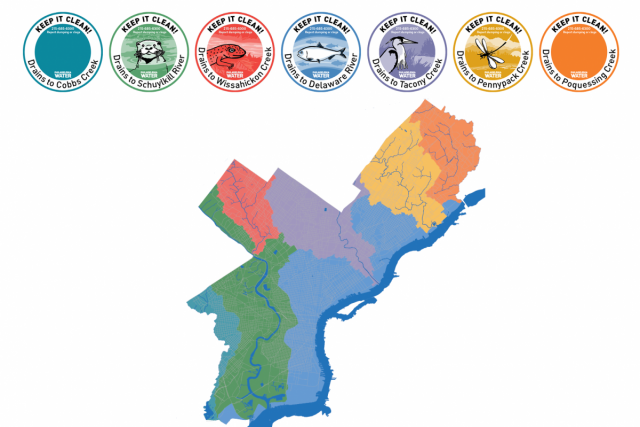 Yesterday I bought IPB 4.0, the Lamborghini of pre-facebook internet communication vehicles.  Upgrade should go down in the next few days. Thanks for your continued membership support we don't have to wait until a spam attack, hacker or wicked glitch forces us to update.

There will be some changes, one worth noting-

Some of you have a different login name than your screen name. These will be merged- your sceen name will replace your login name.

Let me know if anything else freaky happens on your end.

I like fishing weightless senkos and slider worms in the canal. In the river I fish those as well as rattle traps and hardbaits you can keep high out of the rocks.

Ray Eich with a 29 from Kely drive- he caught this fish 10 minutes after a tournament with biggest fish in the teens. This is still a full 6 lbs bigger than any carp I've caught above the dam.

As some of you may have read in my other recent posts, I got an export of all the old data and photos from our old old forum. The one on "Website Toolbox" that many of us continued to refer back to for years until it eventually disappeared. Invison wants $650 minimum to do a custom import of this data to this forum, and it still might not work. So I decided to just upload some interesting stuff from time to time instead.

Here's a few gems to start.

Matt did some digging through the garbled SQL and found this choice PM:

"Ive enjoyed this site for a long time. Just had to sign up and give the company perspective..............I am an insane shad/steelhead (plus trout + carp, etc locally) fisherman and undersdd the passion about losing a fishing spot.........in fact, my boss is kind of in charge of that stuff........I did let him know that closing it would be a bad PR move for the company, but trust me, millions of dollars are whats at stake here......we have been sued over this spot MANY more times than once in the last 20 years, and I am pretty sure we always lose these things. I am gonna talk to our lawyers about this..........I dont want to give any names on who to talk to yet.  I want to try to get the notion of it being public access again into my bosses brain (he\'s an engineer and these things take time!!). I would really like to get to you upcoming Carp outing in April, and talk to you guys in person about some things...........I'm pretty sure that I can get some very ;limited access to a few areas for an outing for a few of you guys........but I dont know when or how many, etc. So a person-person talk would be great. Please e-mail me."

That's Bill "Salmon Jesus" making first contact with Matt or me in early 2005. A few weeks later I had my first roll of Seaguar in-hand thanks to this guy. I also got threatened by a cop for fishing at Springton Lake later that Summer and handing him one of Bill's business cards. Those were the days!

Actually I'm in San fransisco for now but I will be in San Diego with a few days to fish all by myself mid week. Anybody have any fantasies I can live out for you?

I just got this info from a coworker at the Water Department, and I thought y'all would like to know